This fantastic intiative by the Cancer Council has been completed now for another year. Well supported by local business, plus our local MP Fiona Scott attending for a challenge game. check her Facebook here, which shows our Support Group Dart team, along with Rod from the Cancer Council. He and his team provided a superb day.

On the fun side, whilst we did not fare that well in the darts, we came up with some stiff opposition. Member John Alexander was paired against “Ganging Gerry” who has taken a game against the World Darts Champion recently, no mean feat.

Not to mention our other member John Kemp, who took out the title for the day with the “longest” dart throw. It went at least 4 metres past the board, and safely sailed on into a chair!!! Nice “bull” John!!

Aside the fun, a worthy cause and keep an eye out for this event next year.

The pic showing President David proving he won his game with the last throw needing a triple 11 and getting it!!! 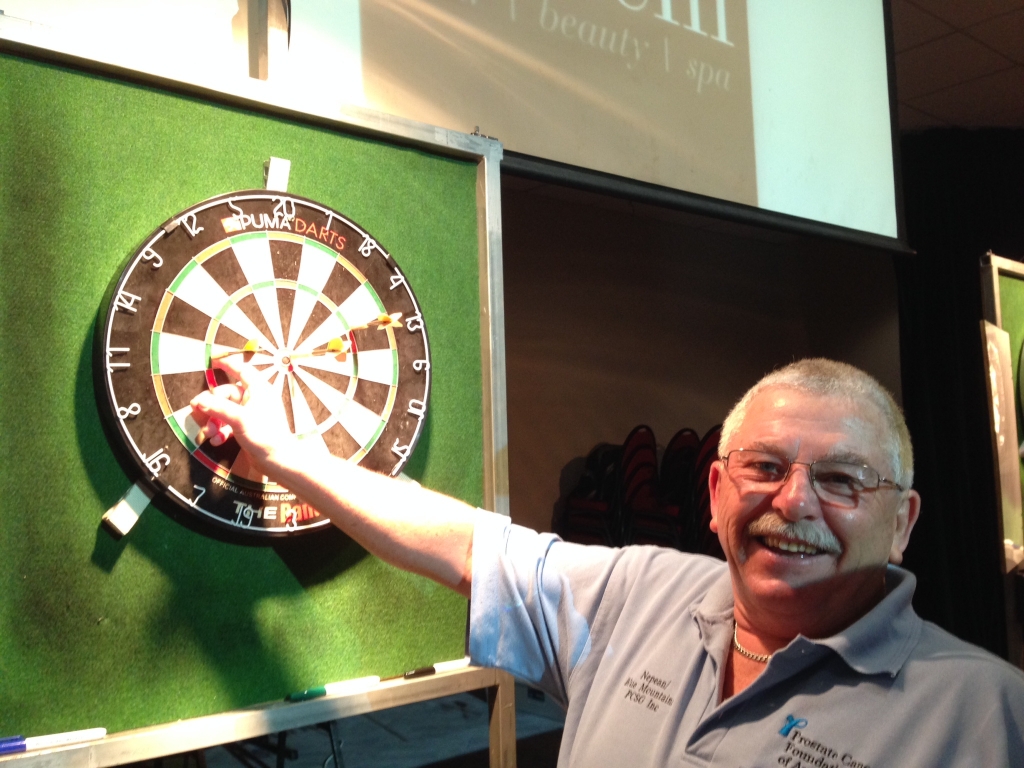 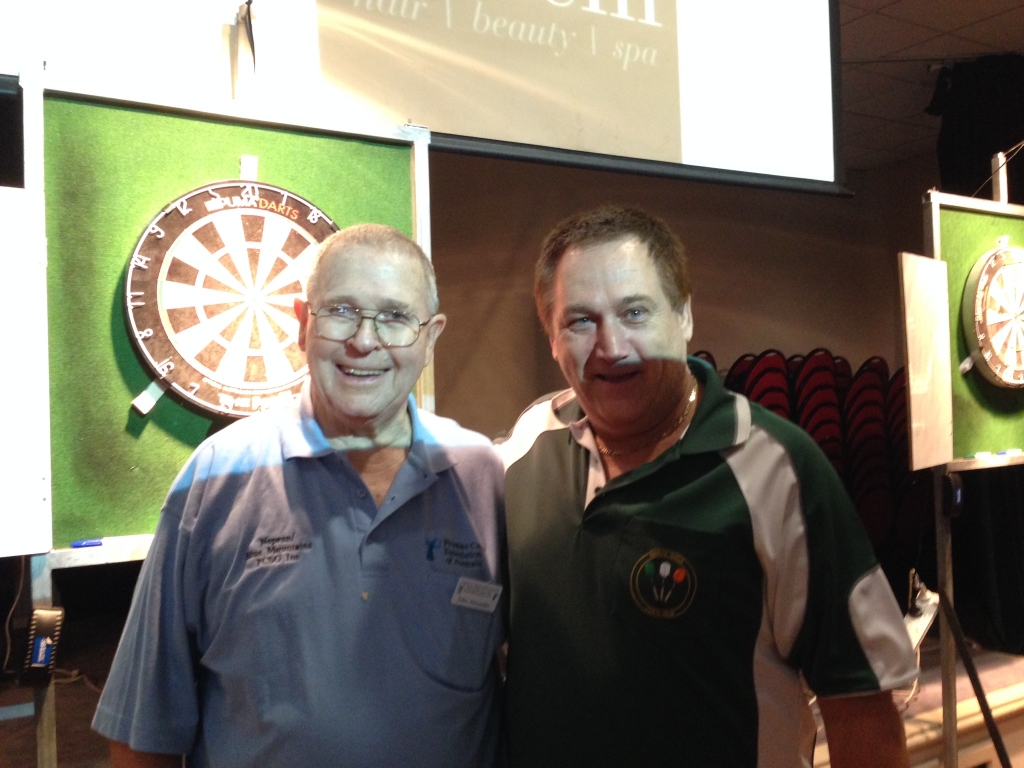